The Devon Closewool is a very hardy sheep with a docile temperament making it an ideal sheep for the first time flockmaster or the commercial farmer looking for an easy care, low input sheep who survives and thrives on a purely grass based diet. Lambing percentages are usually between 150-170% and are even higher in lowland flocks. Ewes remain prolific and productive for up to seven crops and hold their teeth well. Rams are fertile over a long working life (6-7 years). 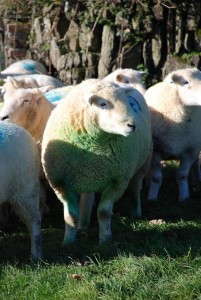 A medium sized white faced sheep without horns. It has good bone, standing on stout legs set apart giving it a very symmetrical appearance. It’s significant feature is it’s exceptional fleece of wool. The nostrils are black, the ears are short and thick being covered with thick white hair. The neck is short and thick, well set into the shoulders. The ribs are well sprung with good depth. The back is flat, wide and long and the leg of mutton is well let down.

The breed arose around the mid-1800’s when Exmoor Horn sheep were crossed with the Devon Longwools. The resultant intermediate-sized sheep proved very popular and expanded rapidly in numbers. By 1950 there were around 229,000 Closewools, almost all of them located in Devon making them the most numerous breed in the county at that time. The Devon Closewool Sheep Breeders Society was formed in 1923.

Purebred producers achieve 18-21kg deadweight in 12 – 16 weeks on a forage diet. Hill farmers produce lambs of similar weight in 20 – 24 weeks. The meat is sweet and beautifully marbled as a native breed should be. 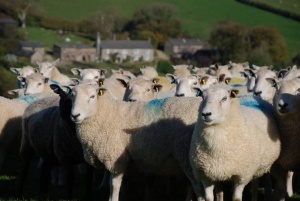 The Closewool ewe mated to a Blue Faced Leicester ram produces an exceptional half-bred ewe. She has many advantages over the other ‘Mules’. Her size, superior fleshing, abundance of milk, heightened mothering ability and, above all, her ability to produce and fatten twins off permanent grassland, even up to 1100 feet above sea level, make her the ideal hybrid ewe. The Mule crossed with a terminal breed will out-perform others with the added benefit of a docile, cheaper to keep ewe. Producers report 1.8 – 2 lambs sold per ewe put to ram in lowland flocks 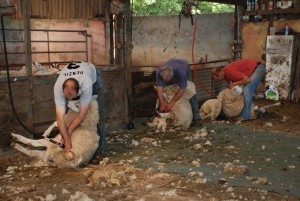 The fleece of rams weighs 6kgs, ewes 4kgs with a micron count of 48-53. The wool is dense, medium length with a strong staple which does not part easily so the skin stays dry. This enables the sheep to thrive in wet, cold conditions.